WARNING: This product contains nicotine. Nicotine is an addictive chemical.

Protect your investment with these rubber bumpers. If your E Cig Mod falls over, the mod bumper will catch the brunt of the fall.

Skip to the end of the images gallery 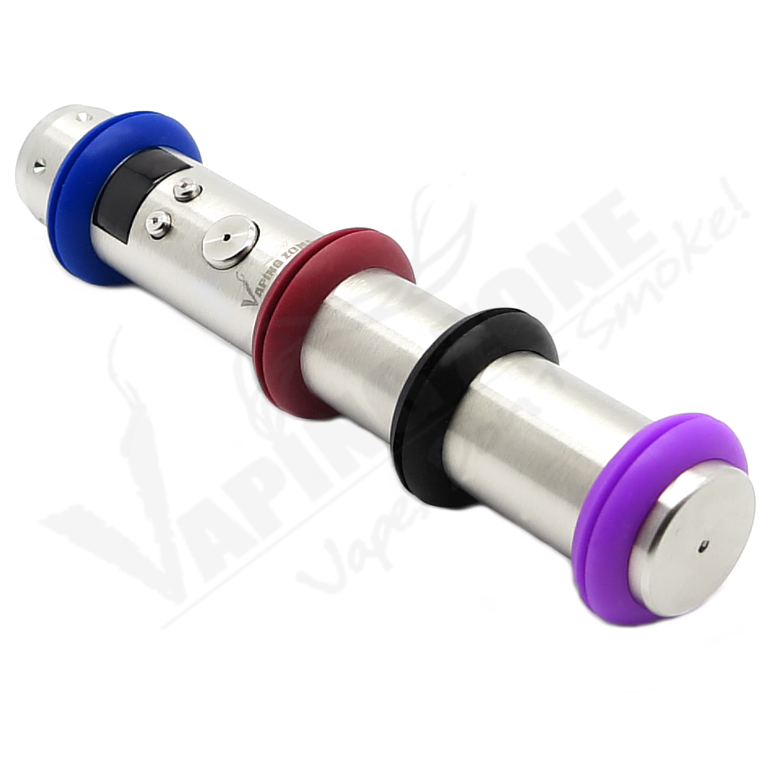 Skip to the beginning of the images gallery
Details

Regardless of whether you are an occasional or avid vaper, it is imperative to take good care of your mods. They are structured to contain delicate circuitry, so if the mods accidentally fall over or get dropped, the components inside could get damaged, thus rendering them useless. But it can be easily prevented via these mod bumpers.

Mod bumpers fit perfectly around the mod, without being overly loose or too tight. Since they are made with rubber, they are flexible and wrap around snugly. Use one band per mod.

As mentioned above, dropping the mod can cause its delicate internal parts to shatter, break, or get damaged. Once that happens, you will have no choice but to replace it! To ensure that you enjoy the total shelf life of the mod, protect it by using these rubber bumpers. Even if the mod falls, most of the impact will be absorbed by them.

Mechanical mods use a bottom button to connect between batteries and the atomizer, thus creating an extraordinary vape. However, this firing mechanism isn’t nearly as intuitive as other techniques. Adding a band at the bottom button gives you something extra to grab onto, which prevents accidental drops when used in crowded places or during heat of cloud comps.

Tube mods are very popular but have a slight drawback– since they don’t have edges, any leaked juice can directly flow towards buttons and components. These rubber bumpers not only act as shock absorbers, but can also be an effective shield to block leaked liquid before it makes its way to fire buttons, LED screens and batteries. Wrap it around the top of the tube for maximum effect.

Available in different colors, you can choose your favorite, or buy them all if you have more than one mod.

Reviews
Write Your Own Review
Only registered users can write reviews. Please Sign in or create an account
Categories
Compare Products
Compare
Clear All
You have no items to compare.
My Wish List
Last Added Items
Go to Wish List
You have no items in your wish list.
POPULAR E LIQUID